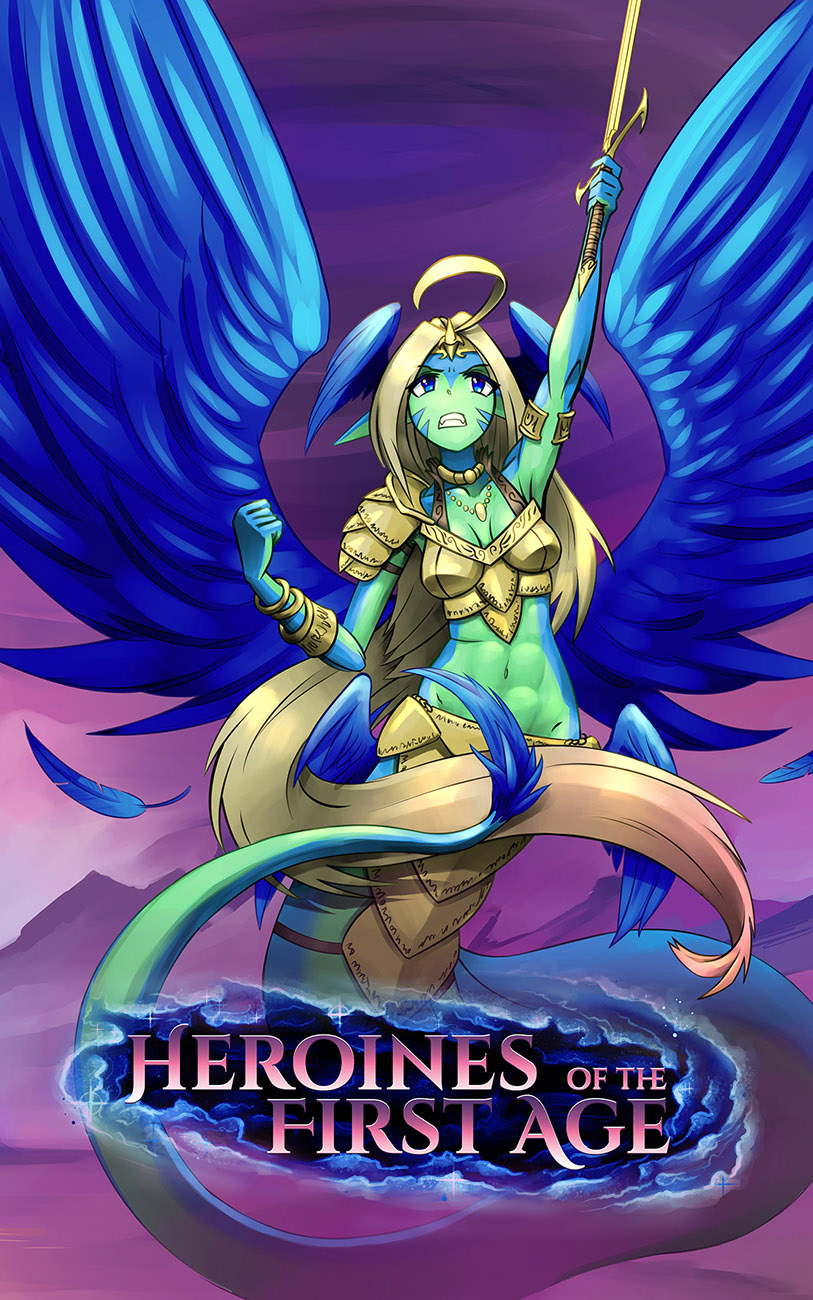 We are the Heroines! Demi-humans, monsterfolk, beastmen, whatever you call us, this is our story. We have many forms, from kistune to arachne, from centaur to harpy. We stand against terrible, vengeful gods and unstoppable cosmic forces.

This is the First Age! It is the dawn of civilization. People are just coming out of the forests and caves to create towns and agriculture. Grand armies are being assembled for the first time in history. The world is fresh, new, and exciting, and there’s so much of it that has never been explored before.

Lead Armies! Take command of military units and field them against your enemies, or make a stand against entire armies yourself.

Prepare for your Quest! Heroines of the First Age contains 10 Archetypes, dozens of special powers, and more Moves than even the gods can handle. Choose from more than 20 Tragic Flaws and select a panoply of equipment fit for royalty.

Discover and Build as You Go! Collaborative worldbuilding at its best! Work together to create your very own tale! Heroines of the First Age contains everything you need to craft a unique world with your friends! 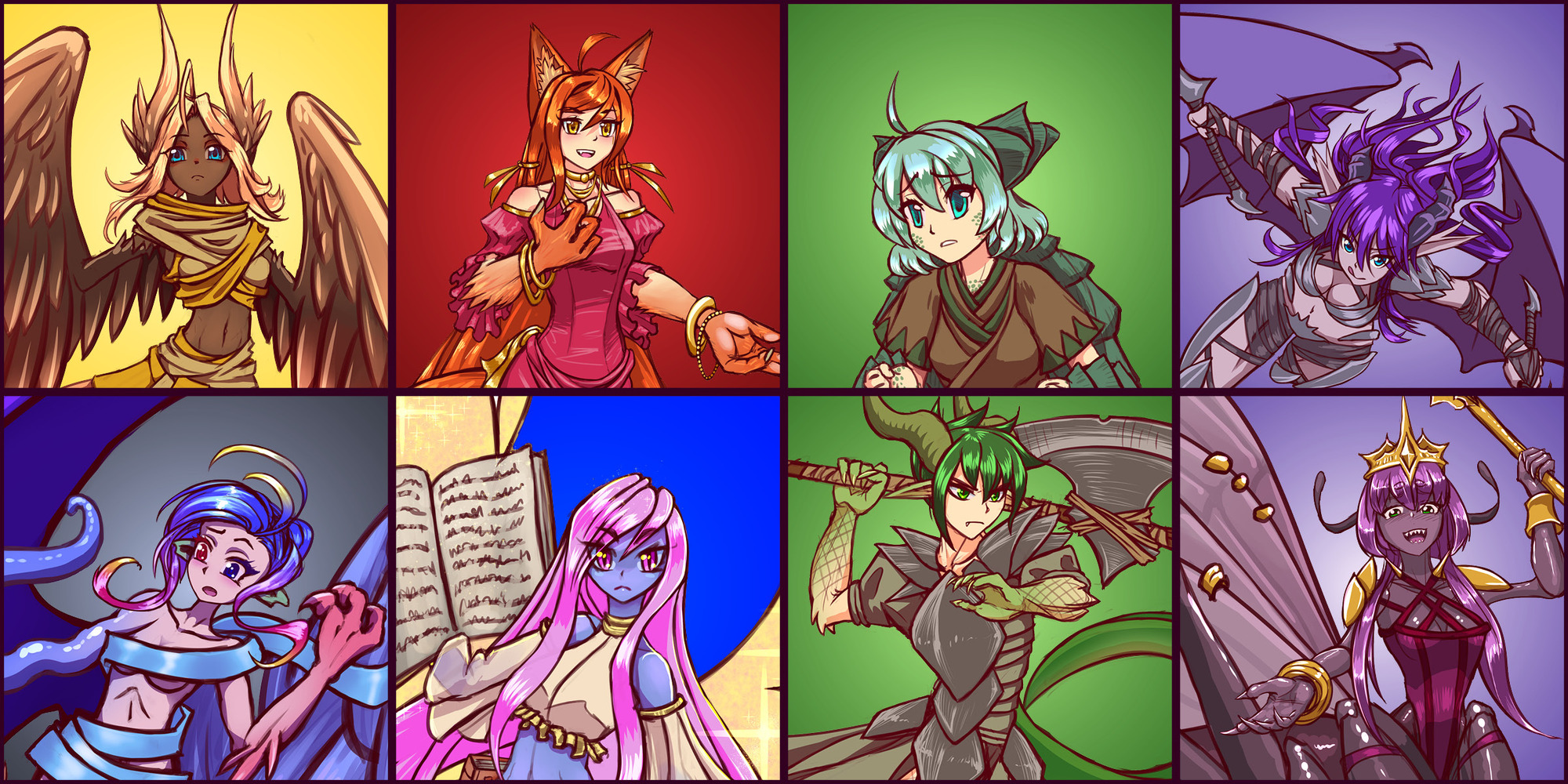 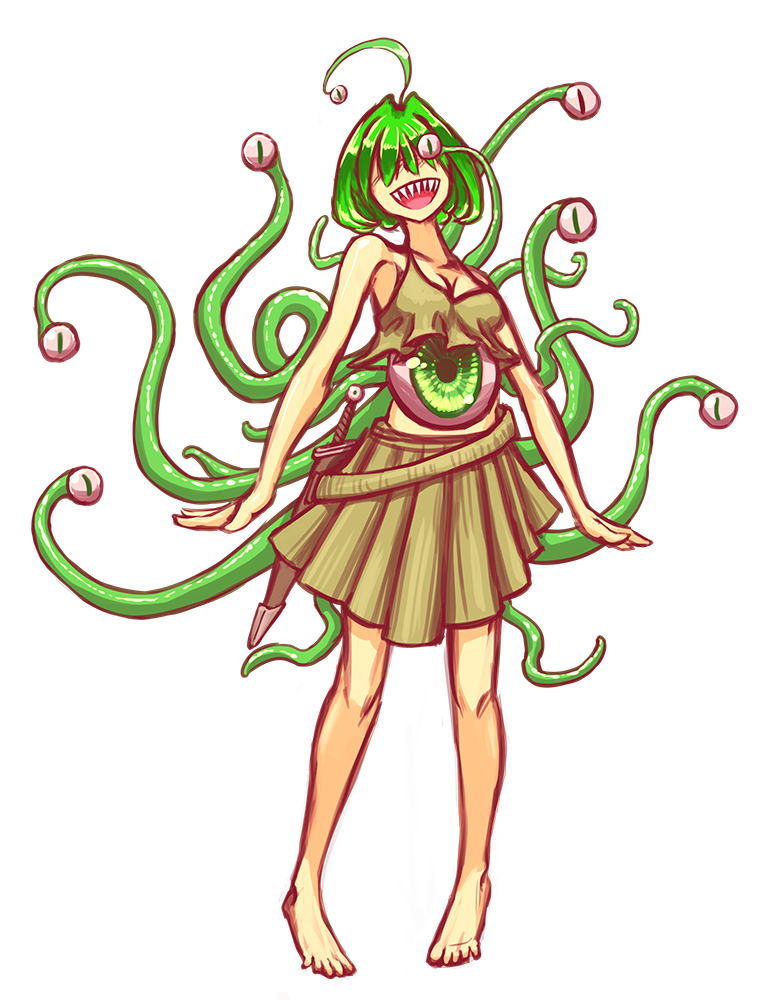 HFA is designed to be a collaborative storytelling experience. The GM guides the story and provides challenges, but will often ask the players to fill in gaps in the lore or to answer questions about how the game world works. They’ve got a lot on their plate, so help them out by thinking up things that will make the game more interesting for everyone. Since we’re all here for entertainment, all of us have to pitch in to make the game fun and exciting for all.

Most of the rules in Heroines of the First Age are character-centric meaning they revolve around the PCs rather than the many enemies, NPCs, environments, challenges, and hazards they encounter. The GM has certain rules to follow as well, but most of them revolve around providing the right amount and kind of resistance to the advance of the PCs. 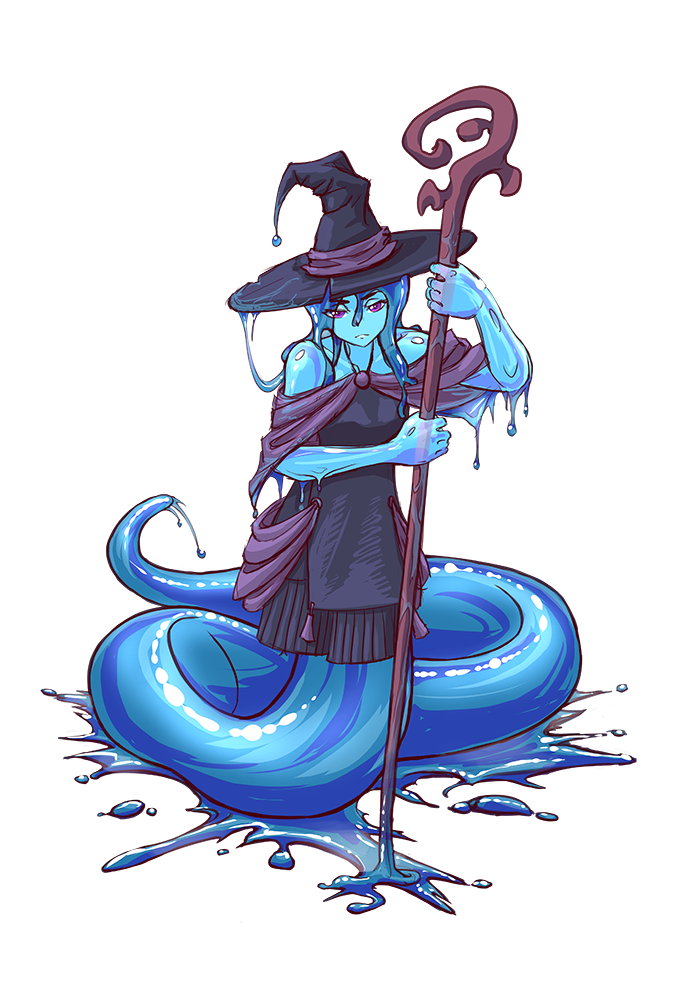 Heroines of the First Age is like a conversation. Players say what they want their PCs to do and the GM responds, usually by suggesting a particular Move or by describing the situation. The GM always finishes up their end by asking “what do you do?” to keep the game moving forward.

It’s important to note that there are no “turns” in Heroines of the First Age. The enemies do not have their own actions to perform. Instead, success and failure are in the hands of the PCs. Each time a PC attempts to do something, the outcome will be one of three things: Success, Tie, or Failure. When the PCs look to the GM to see what happens next, the GM Moves. When a PC fails something, the consequences are more severe, often in the form of damage or disruption of the PCs’ plans. 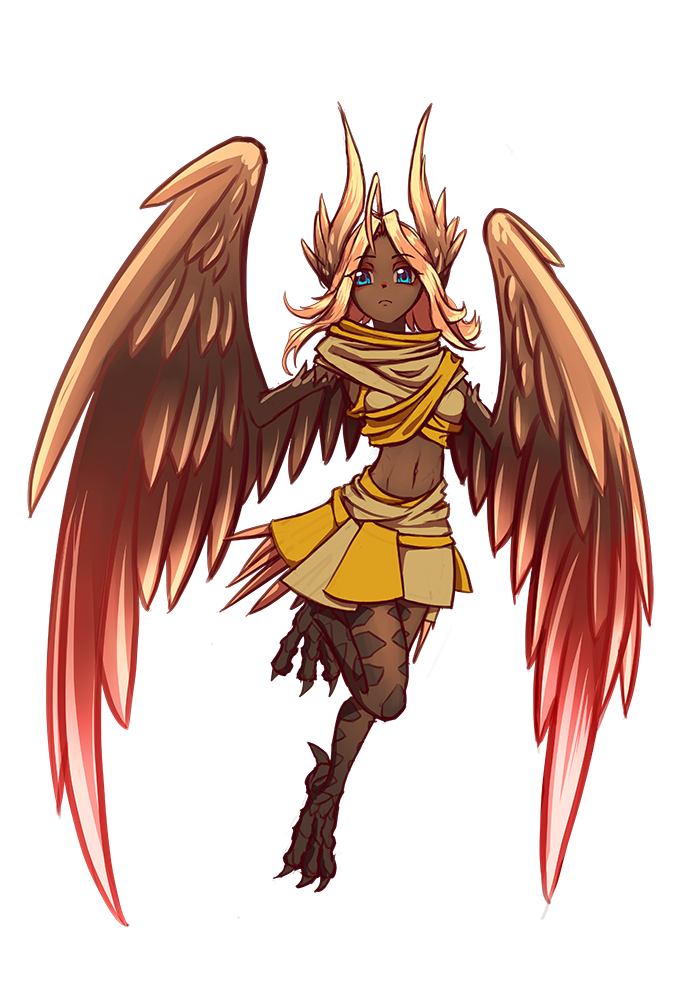 The GM’s rules are somewhat simpler because they’re juggling more at a time. 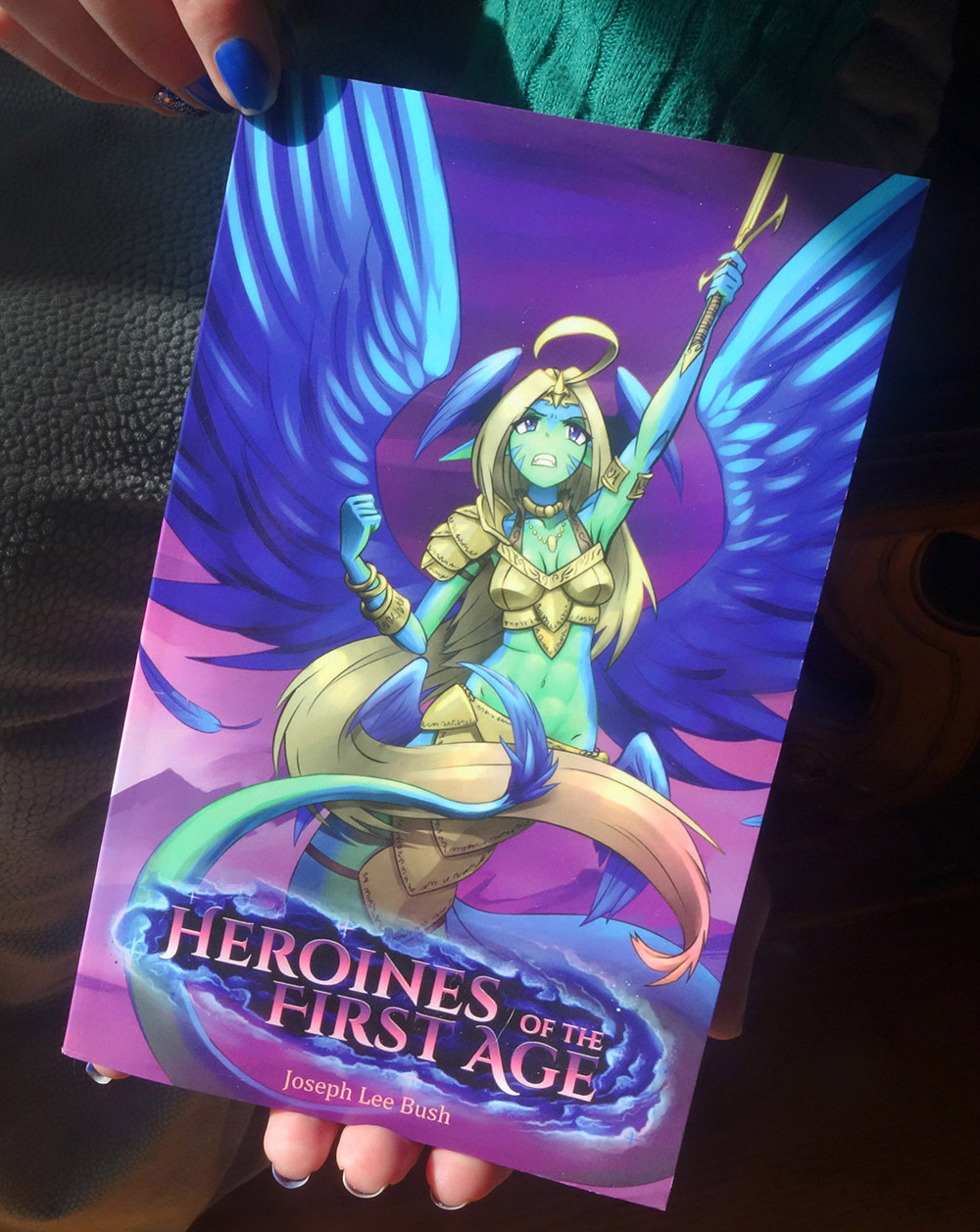 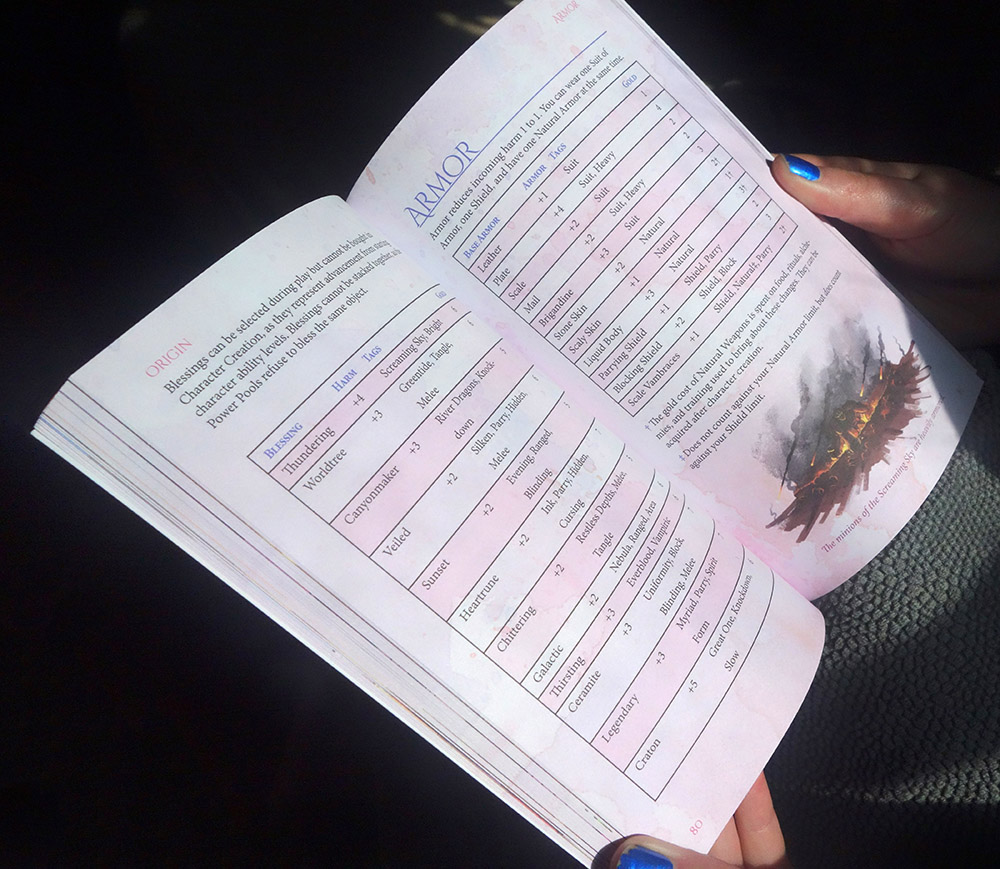 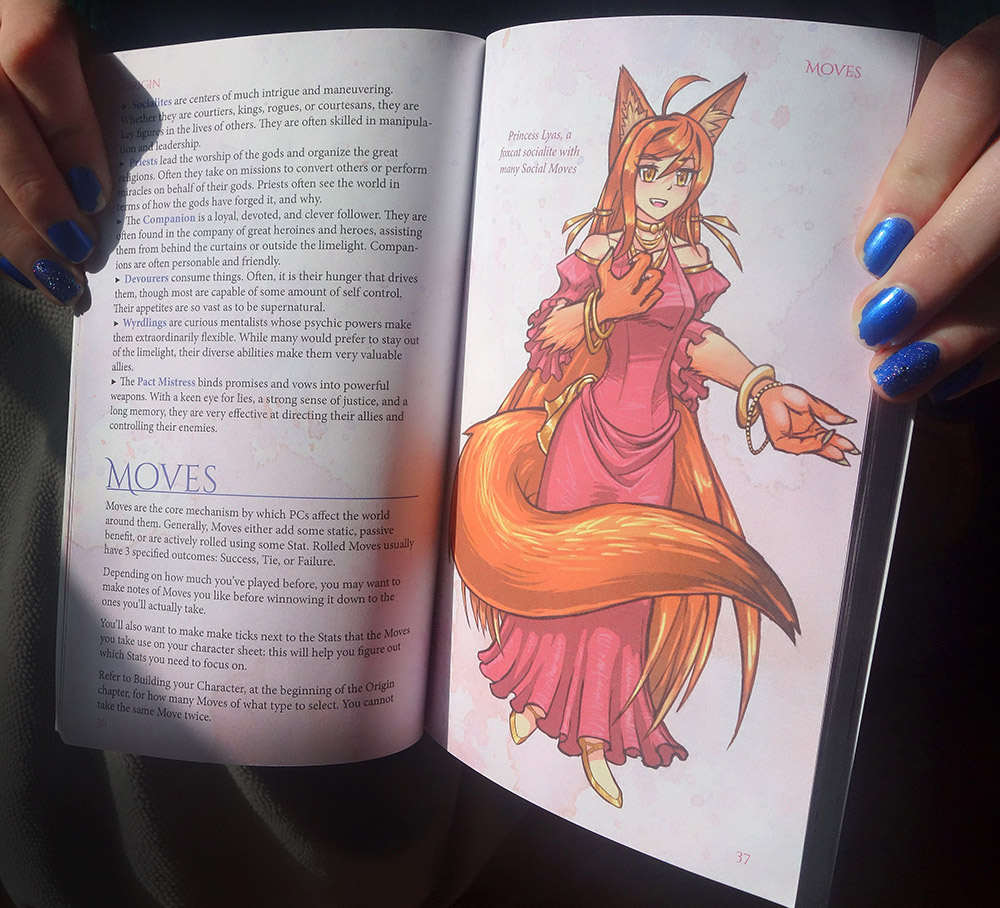 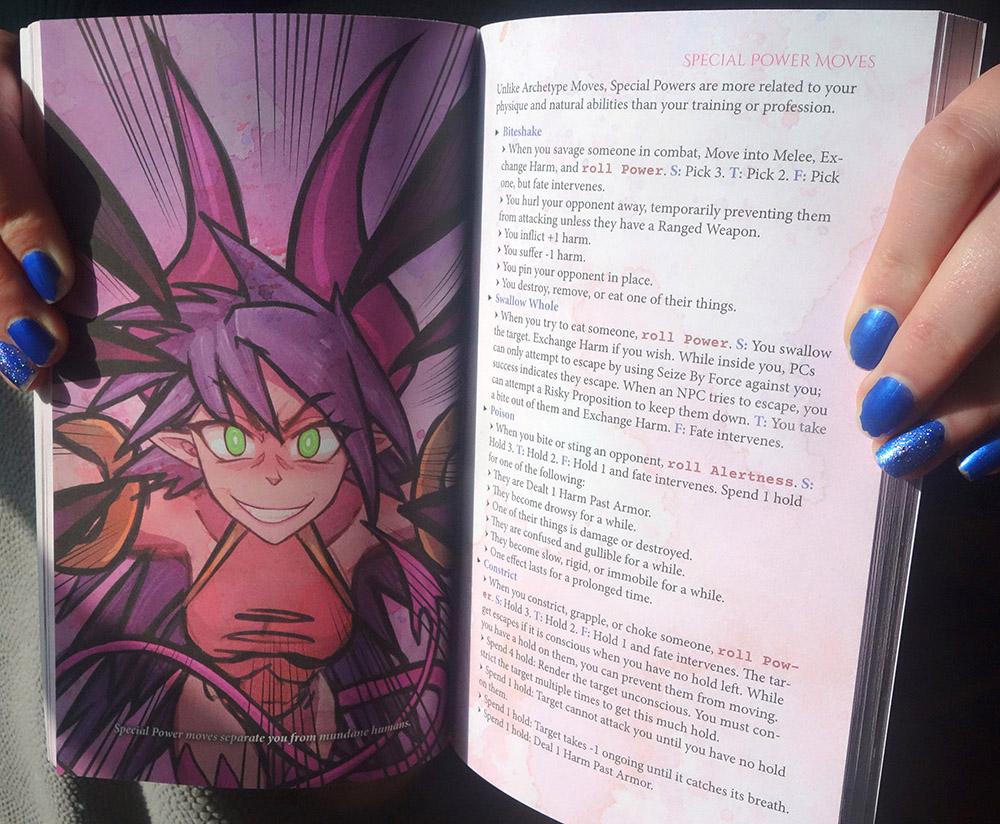 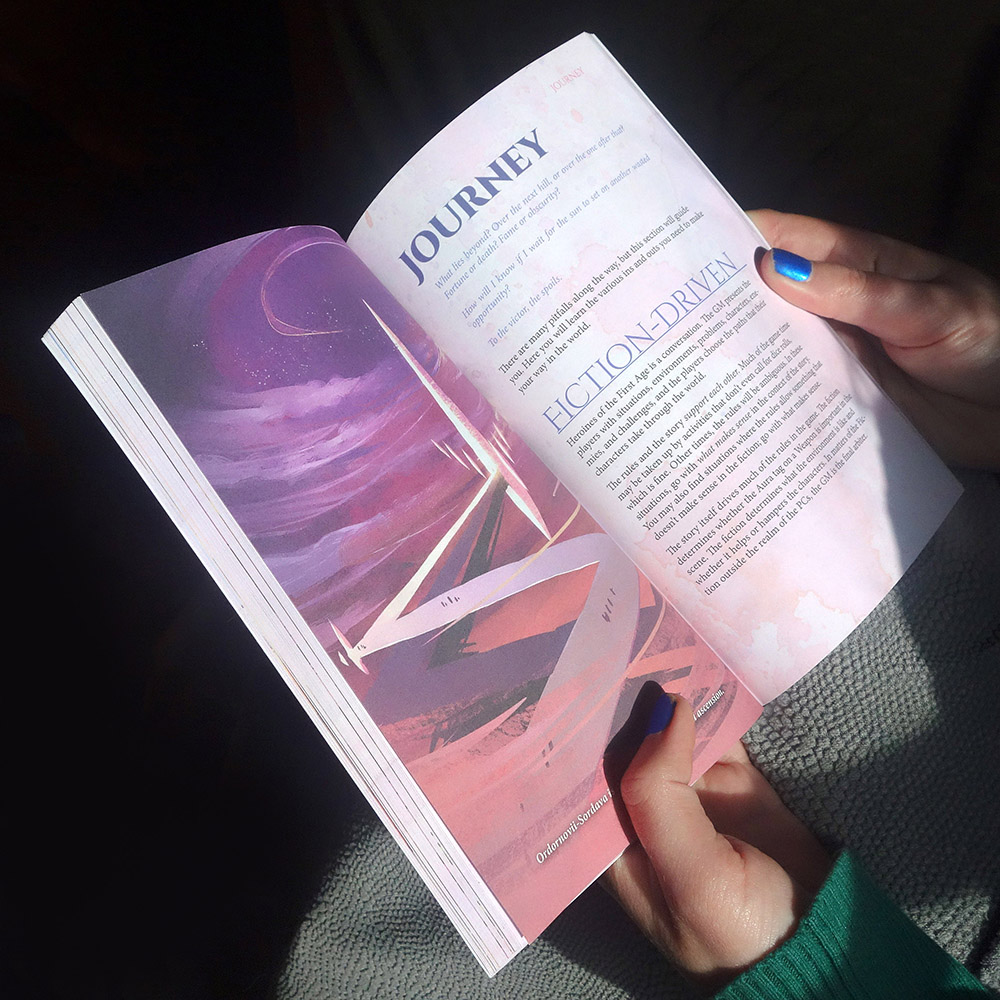 Warning: This game is very pink. 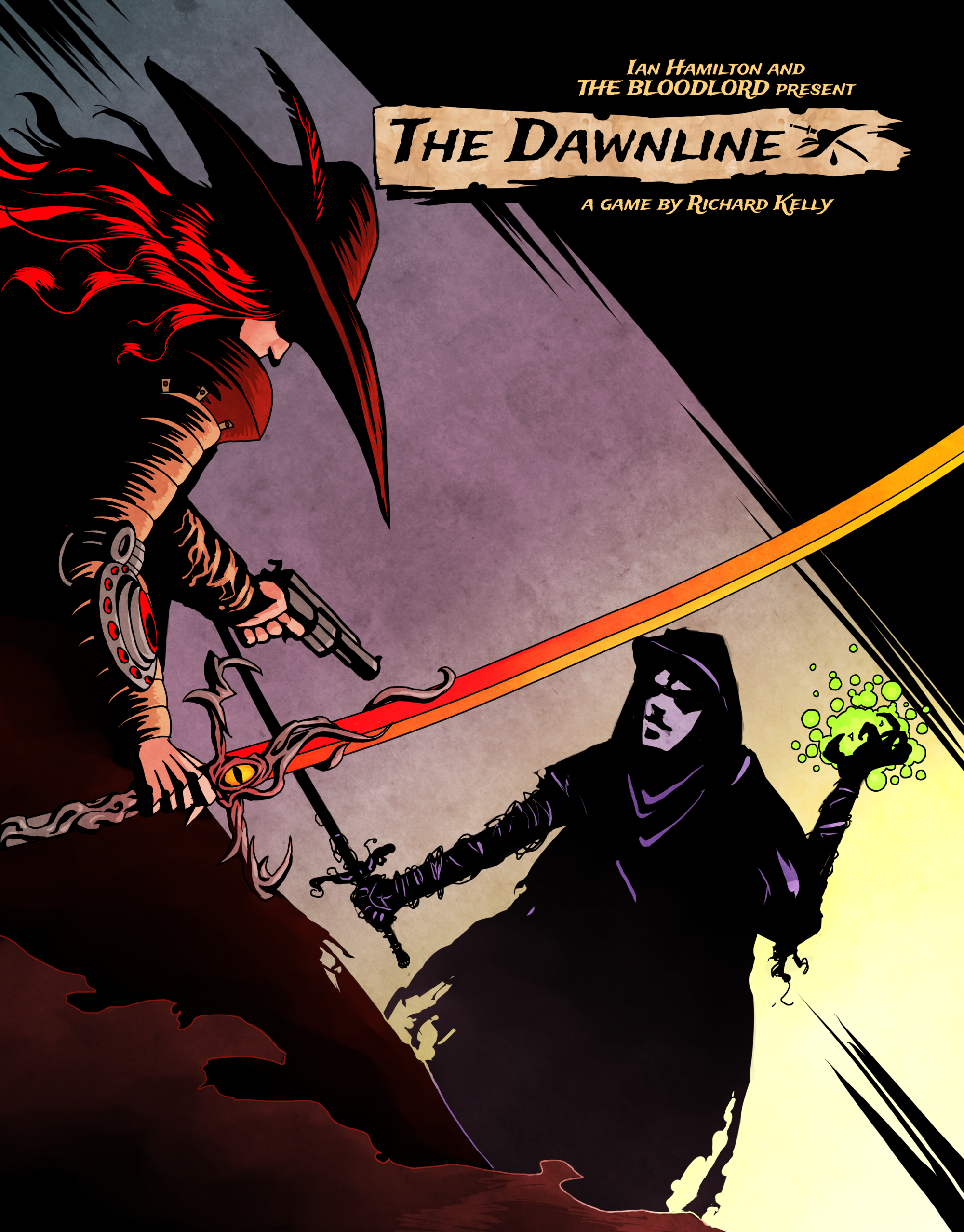 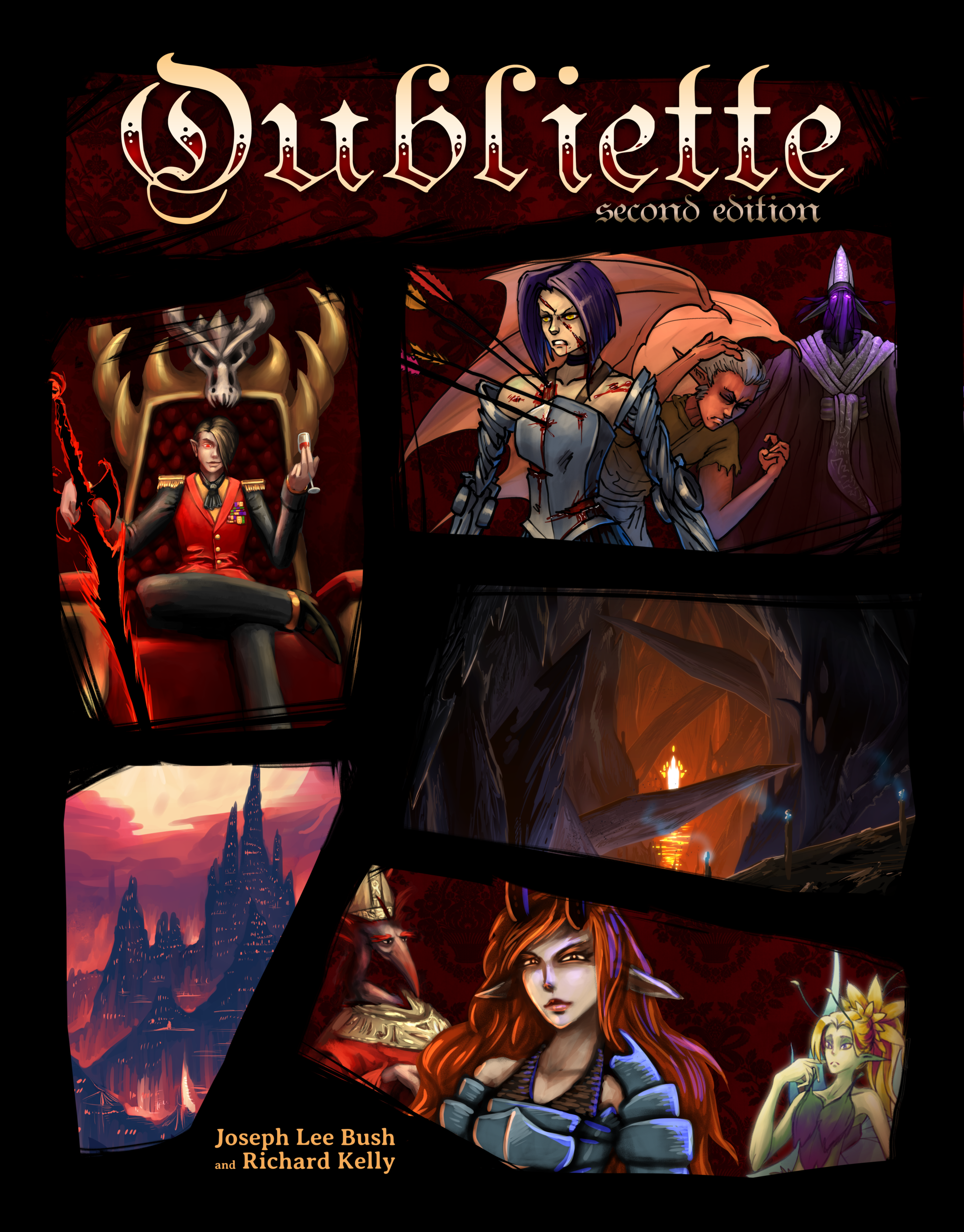